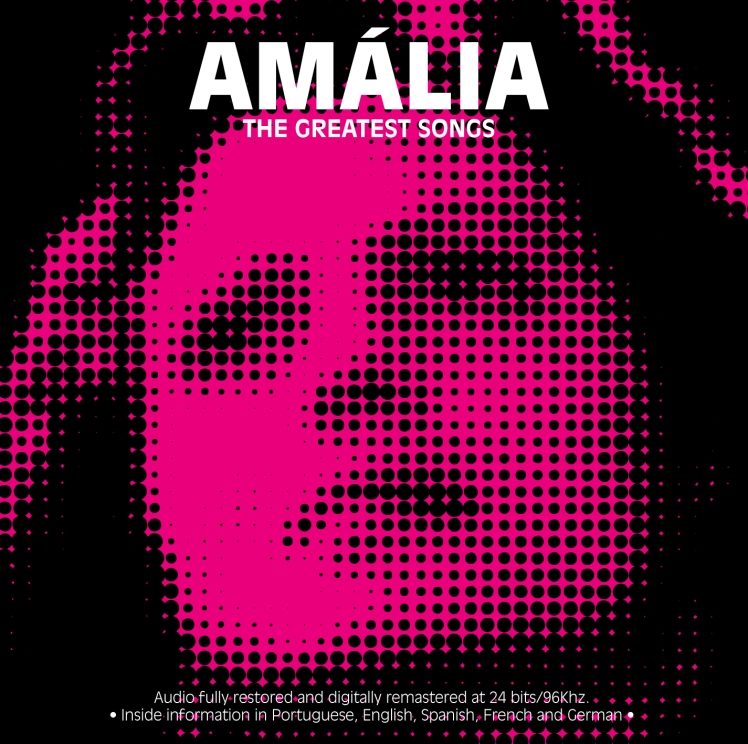 20 original songs of the greatest Portuguese Diva of all time

Amália is the greatest Portuguese diva of all time and one of the world’s top 5 divas.

After Amália’s start singing in the prestiged fado house Retiro da Severa in 1939, ever since, Amália had an uneven brilliant career of morethan 60 years, having legions of fans and devoted collectors worldwide.

Later in 2009 there were massive news, events, tribute concerts and exihbitions all over the world due to the 10th anniversary of Amália’s Rodrigues departure in October 6 of 1999.

AMÁLIA THE GREATEST SONGS features some of the best Amália’s recordings during the decade of 1950 including classics as Barco negro, Solidão, Uma casa portuguesa, Coimbra and many more.

The audio was carefully restored track by track using the ultimate technology.