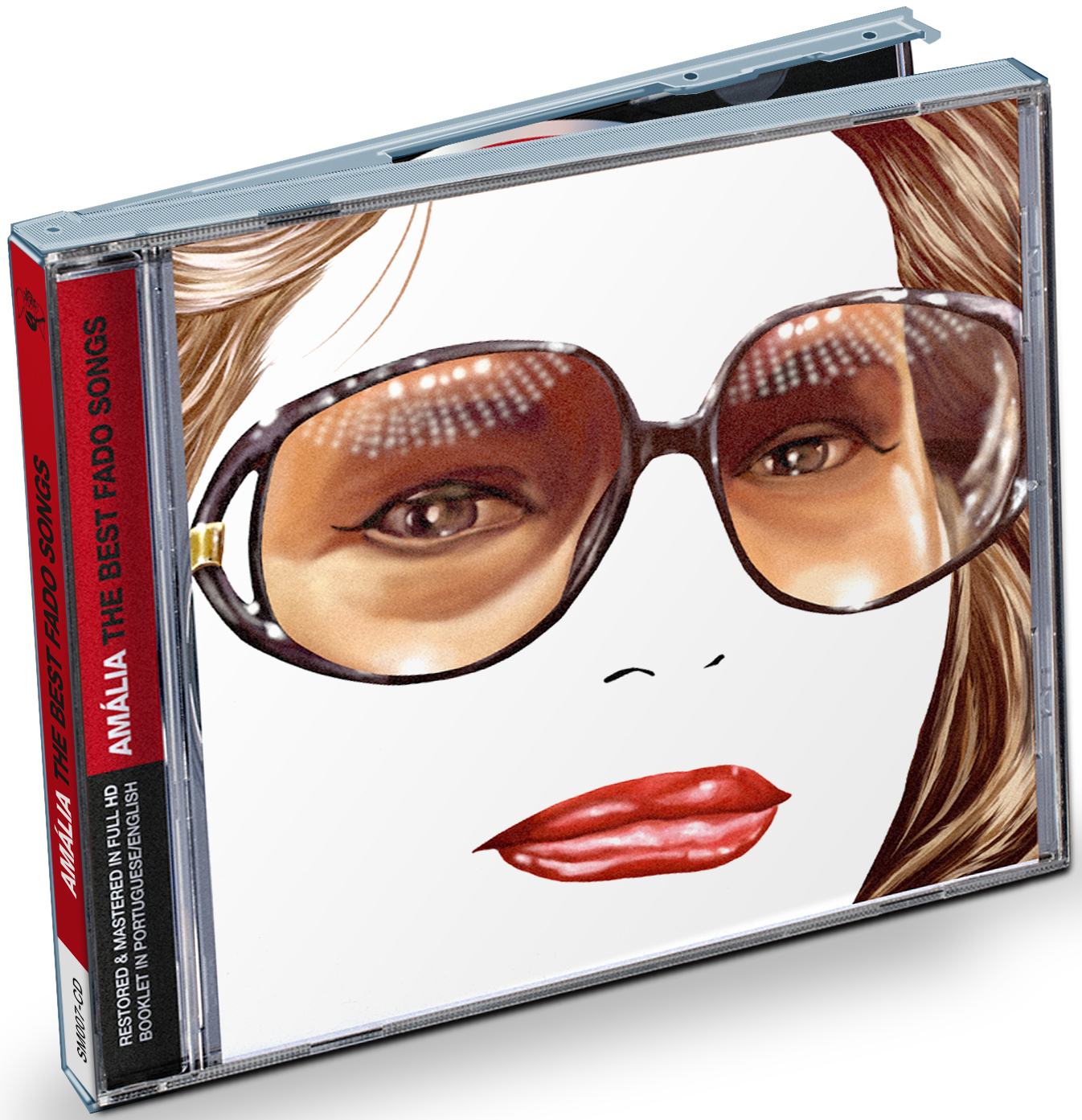 20 of the greatest songs of Amália

Restored and mastered in FULL HD

Booklet in Portuguese and English

A turning point in the fado history

One of the secrets which led to the great success of Amália Rodrigues was her strong intuition and good taste in the choice of her repertoire. She has always given voice to compositions of great composers of the Portuguese song such as Alberto Janes, Frederico de Freitas, Frederico Valério, Jaime Santos, among others.

1962 was a remarkable year in Amália’s career, she meets the great Portuguese-French composer Alain Oulman. With Oulman, Amália began singing classical poets which to date had never been interpreted in fado before. Her voice combined with the brilliant Oulman’s compositions and the great Portuguese poetry enlarged to the limit of its extension.

The beginning of this partnership was a true revolution in the repertoire of Amália and also to fado at the time, giving greater expansion and harmonic richness, representing a turning point for the modern fado. Thus began a close collaboration between Amália and Oulman which was wide in complicity and in time, extending to the end of the composer's life.

In 1962 Amália releases the innovative album Asas fechadas (Closed wings) aka Busto (Bust) by Columbia. This album would become one of the greatest classics of fado, despite the strong objections of the purists of the time. With poems of Luís de Macedo, David Mourão-Ferreira, Pedro Homem de Mello and also Amália’s, Oulman writes most of the songs included on the album except Fado Bailado "Estranha forma de vida" (Strange way of life) from Alfredo Duarte Marceneiro and Fado Vitória "Povo que lavas no rio" (You people who wash in the river) from Joaquim Campos who have achieved great success.

In this same session were recorded more 10 songs which resulted in other international releases the following year. One was Amália for your delight by the multinational record company Columbia that brought as new songs "Algemas" (Handcuffs) and "Rasga o passado" (Tear the past) from Álvaro Duarte Simões and several poems as "Acho inúteis as palavras" (I think the words are useless), "Na rua do silêncio" (On the Street of Silence) by António de Sousa Freitas, also containing songs from Alain Oulman, Joaquim Campos and Alfredo Duarte Marceneiro with poems by David Mourão-Ferreira and Luís Macedo.

The other release was Amália 1963 by the French label Ducretet-Thomson resulting in a compilation of Asas fechadas (Closed Wings) and Amália for your delight that includes as well the song "Dura memória" (Hard memory) from Oulman with poem by Luís de Camões unreleased so far.

These recordings conducted by the engineer Hugo Ribeiro in the Valentim de Carvalho studios were José Nunes on the Portuguese guitar, Castro Mota

on the fado guitar and Alain Oulman on piano.

All these fado songs plus "Primavera" (Spring) by David Mourão-Ferreira and Pedro Rodrigues recorded a few years earlier are included in this work Amália the best fado songs.

The success of Amália has always been constant since the beginning of her career in 1939 up to today. A woman with an extraordinary artistic intuition

and strong sense of timelessness that definitely marked a turning point in the fado history, she is arguably the ultimate symbol of the Lisbon’s song.