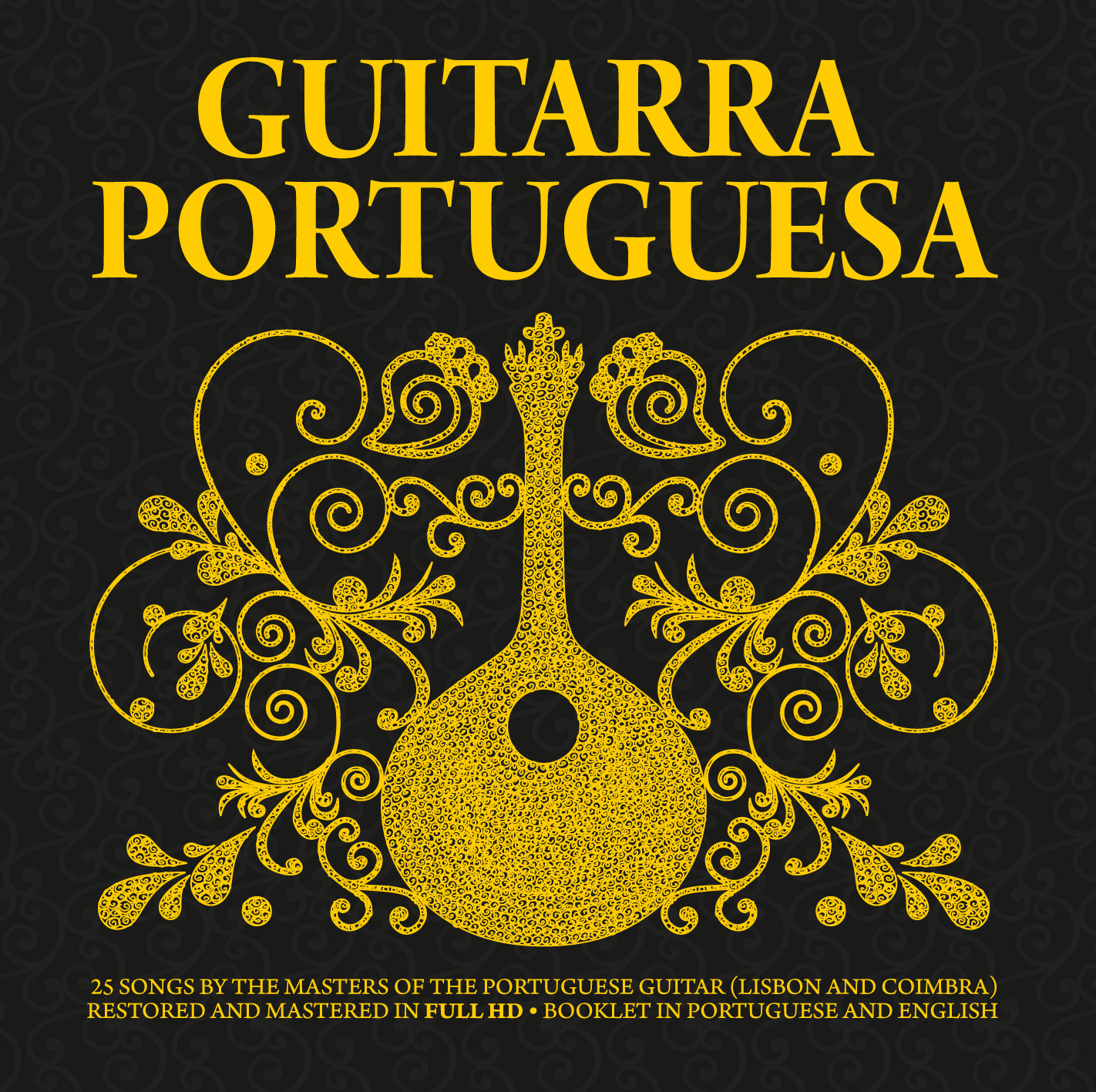 On the album Guitarra Portuguesa one can listen to 25 guitar and viola interpretations by some of the great masters who are part of the culture and imagery of Portugal.
This work exemplifies the vast repertoire that can be interpreted by these stringed instruments such as
variations, rhapsodies, ballades, fados and other popular themes.
Although there is no album that brings together all the great performers of these instruments, this work can be
rather representative, showing the different interpretations of Lisbon and Coimbra. A good personification of
Lisbon’s language are the guitars of Jaime Santos, José Nunes, Raúl Nery or Francisco Carvalhinho and the
classical guitars of Martinho D'Assunção, Santos Moreira, Alfredo Mendes or Miguel Ramos, whilst the great school of Coimbra is represented here with the mastery of Carlos Paredes and his father Artur Paredes or António Portugal on the guitars, and Fernando Alvim, Arménio Silva, Manuel Pepe or Levi Baptista on the classical guitars.
It is important to highlight that the mastery of the Portuguese Guitar is reinforced when accompanied in
some themes by the bass guitar played by peers such as Professor Joel Pina, amongst others.
Some of these magicians had brilliant solo careers, whilst others have become great players in accompanying fado's greatest artists, but all have become inspirational to all succeeding generations.

A bit of history: PORTUGUESE GUITAR

According to studies conducted by some scholars and instrumentalists such as Pedro Caldeira Cabral and António Portugal and others, the origin of the Portuguese guitar dates back to the late eighteenth century, a fusion of the European cittern or zither - chordophone common across Western Europe and the English guitar that arrived in Portugal via the city of Oporto through the commercial trades between the Portuguese and the English.
In turn, Carlos Paredes in his studies states that the Portuguese guitar has origins in citole, an instrument invented earlier in the Middle Ages before the cittern, stating "the musical instrument we call today the Portuguese guitar... was invented in England in the second half of the eighteenth century."
As this matter does not meet common consensus, there is another current theory that suggests an Arab origin from the Arab Moorish guitar in the Middle Ages.
The fact is that the Portuguese guitar is a traditional Portuguese stringed instrument identifiable anywhere in the world for its unmistakable sound. Since the beginning it is a great instrument for concerts with its own repertoire, despite being the main instrument accompanying fado, to which it was definitively added in the second half of the nineteenth century. It is a handmade instrument built with wood and fine materials, it´s main features are: the 12 steel strings arranged in 6 pairs or orders, the mobile bridge made of bone, the round resonance-box, the little arm with ornamented volute and fan-shaped machine heads, the inlaid nacre or the ornaments on the wood itself.
It´s sound is unique and difficult to describe with a bright tone with great depth of treble, suitable for a soloist instrument. Often within the fado circle one uses verbs more related to emotions to describe the sound like "crying", "moan", "trill", "sing", "rhyme", "vibrate" or "melt".
Regarding construction, the two most used variants are the Lisbon and Coimbra guitar. Visually it is easy to distinguish the different volutes; Lisbon’s guitar has the form of a snail while Coimbra has a teardrop shape. The body and neck dimensions of the Coimbra guitar are slightly larger, giving it a fuller sound with more volume and less treble. The tunings are also different, the tuning of the Lisbon guitar is (B, A, E, B, A, D) from the high note to the lower, while its counterpart of Coimbra tunes one note down (A, G, D, A, G, C).
All these singularities make this instrument an icon of Portuguese culture.