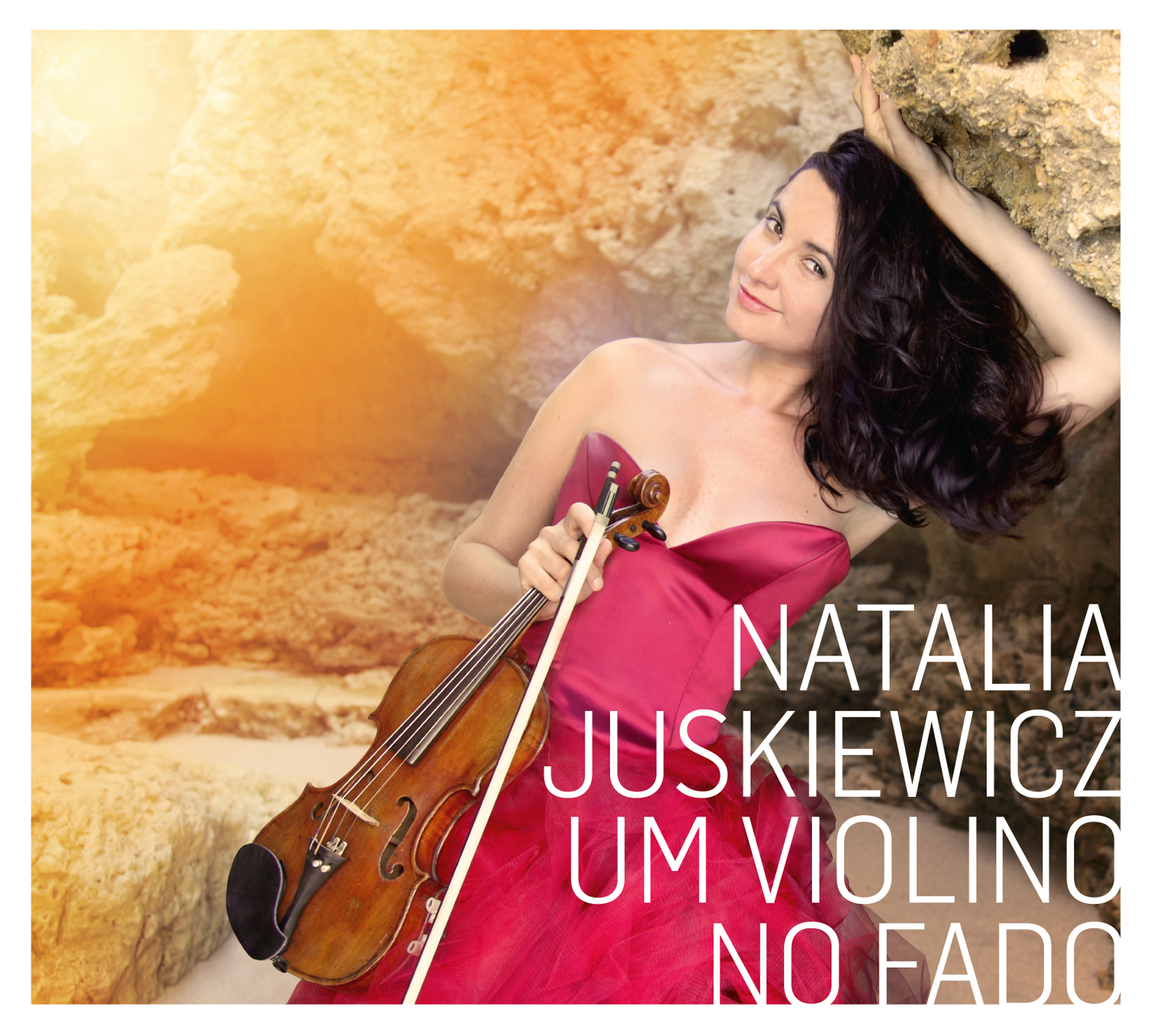 Natalia Juskiewicz is a Polish violinist living in Portugal for several years. Coming from one of the most prestigious schools in the world, Natalia has a master´s degree in classical violin from Poznan Music
Academy, one of the world’s most prestigious schools. She began her musical career as a solo performer, integrating Polish formations and orchestras of international prestige.
During the holiday trip, she felt in love with Portugal and decided to move in. Soon she started to be fluent in the language and adopted the Portuguese way of life as her own. In the new country she developed, as a soloist and also as a member of orchestras and music chamber groups, a diversified professional path.
In the beginning of 2010, she took a serious step to achieve a very personal artistic project: a Fado’s album where, for the first time, the traditional voice is replaced by a violin. It’s a simple and original idea, assuming a detailed conception and performance. The album already recorded and being released, is titled “Um Violino no Fado”.
It’s also a genuine tribute to the Fado’s scenario from a classical violinist, who discovered, under the skin, an “alma fadista” (a fado’s soul) and found the perfect match between these two universes.
The premier “live” took place in Lisbon TEDx, an event promoting world, where some participants are
invited to share their originality. The project “Um Violino no Fado” had a privilege of opening.
The project was awarded in October of 2010 with the Revelation Award granted by Gala de Leiria, an annual event of significant cultural prestige.
In March 2010, invited by the Macau Chinese Orchestra, the project “Um Violino no Fado” had the honor to travel to Macau to integrate with acknowledged success, the show “Charm of Portugal”, a concert commemorating the 500th anniversary of Portuguese presence in the Orient.
The project “Um Violino no Fado” had the honor as well of being part of the book CD “FADO PORTUGAL,
200 years of fado”, released in September 2011.